PCOS is gradually becoming a common term, especially among adolescents and women in the be reproductive age group. A hormonal disorder, PCOS or polycystic ovarian syndrome is a condition in which there is a number of fluid-filled follicles in the ovaries. Apart from uncertain hormonal activity, PCOS can also lead to excessive hair growth, acne and even serious problems like infertility and diabetes. The long term risk associated with PCOS is a cancer of the uterus, also called endometrial cancer. Though the disease is found in almost 10% of women, there are still certain misconceptions surrounding this condition. 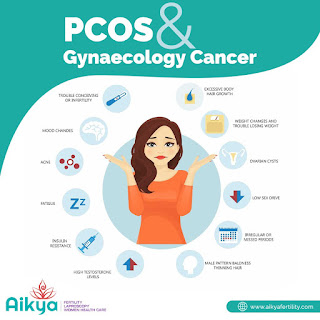 The endometrium is the inner lining of the uterus. With PCOS, when women suffer lack of periods or irregular periods, the lining can become thick and lead to gynaecology cancer if left untreated in the long run.

Understanding the Causes of PCOS

The exact causes of the disease are not known, but it is established that women who have had PCOS running in the family are more susceptible to it. Apart from genes, insulin resistance in the body can also lead to triggering the ovaries to produce higher amounts of male hormones. This in turn can lead to Obesity which further aggravates PCOS.

Understanding the Symptoms of PCOS

According to a recent study, almost 70% of the women who suffer from PCOS are not aware of it. Some women may see the symptoms when they have irregular cycles while some may only discover the problem when they gain too much weight or are having trouble in conception. The following are some of the typical symptoms:

● Too much hair growth on body and face

Understanding the Effects of PCOS

When the androgen levels in the body are higher-than-normal, there are multiple effects on the woman, some of them are: 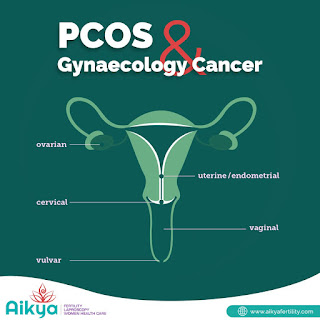 Understanding the Treatment of PCOS

Polycystic ovary disease can greatly disturb a woman’s menstrual cycle and cause problems like infertility. Some women are also bothered because of excessive hair growth, especially on the face. Making some lifestyle changes can greatly help in the management of PCOS. Losing weight, eating a balanced diet and exercising regularly have helped a lot of women in improving their overall health. If lifestyle changes do not bring improvement, medical treatment may be required based on the symptoms or goal of treatment. In some severe case where women are unable to conceive, surgery may also play a role in helping them to conceive.

Can a cancer patient undertake IVF treatment? Will it affect the baby?

Cancer is scary and being a cancer survivor comes with a lot of trauma on its own. Often times a lot of you who are looking to get away from the past traumatic experience attempt to start a family. A family will bring you joy and happiness and peace; however a lot of you may be worried that the cancer that you’ve already defeated may prevent you from starting and raising a family. 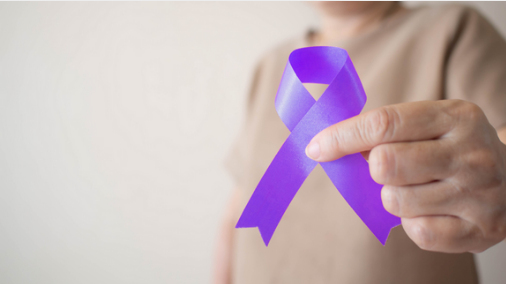 This is a difficult situation, the hard truth is that there are certain types and treatments of cancer that may cause you to be infertile, and however, the only way to know is to get yourself checked out by a trained physician, you can schedule a visit with us so as to get an accurate picture.

However, even if the cancer has left you infertile, that is by no means the end of the road. Here are a few of the ways you can start or expand your family even if cancer or its treatment has made you infertile. 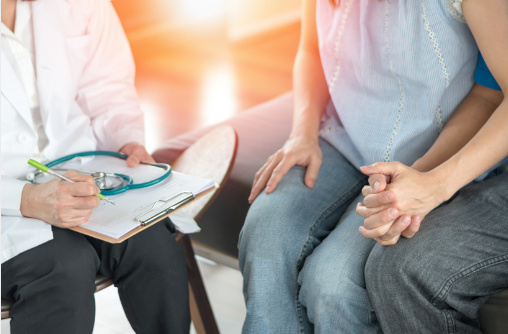 If you or anyone you know is a cancer survivor and is looking to expand or start a family, get in touch and we’ll see if we can help you in this pursuit.

Can you get pregnant if you have endometriosis? 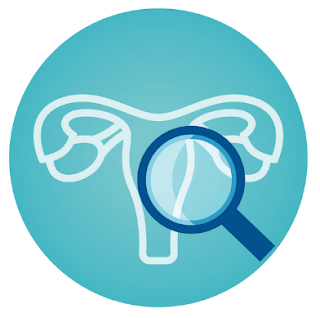 As you can imagine the inflammation on the outside of the uterus can be a significant obstruction to conception and by extension to pregnancy. The inflamed tissue can both block the release of the egg during fertilization and/or block the passageway of the sperm to the uterus thus eliminating the chances of pregnancy.

Some well-documented studies wherein women have had unprotected intercourse for a year couldn't conceive because of endometriosis. Fortunately, women nowadays have the option to opt for an IVF and this can increase the probability of conception and by extension the chances of a healthy pregnancy and child-birth.

Some experts may suggest surgery as a means to remove this obstruction. However, the majority of medical literature points to the fact that surgery, while effective in some cases can cause more problems than it solves. There's a possibility of scarring due to the surgery. In some cases, it has even lead to blockage in the blood flow wherein the healthy functioning of the reproductive organs have been obstructed. Therefore, it is the opinion of the author that surgery ought to be taken as an option only if all other means are exhausted.

The safest course and the ones with the least side-effects and highest chances of success is the IVF route. Before taking this route, your healthcare professional will conduct a thorough evaluation of your hormonal levels and other factors that affect your reproductive health. Hormonal treatments are often recommended in-order to normalize the Endometriosis and boost the odds of a healthy pregnancy. 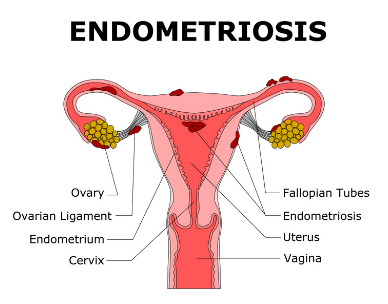 If you or anyone you know is suffering from Endometriosis, you should reach out to us and we'll help recommend an appropriate course of action.

Email ThisBlogThis!Share to TwitterShare to FacebookShare to Pinterest
Labels: Endometriosis

Trickling in the initial trimester

Bleeding is considered to be quite normal in the first trimester of pregnancy. There are a lot of bodily changes that occur to a woman during her initial stages. Even though it will not be an alarming matter, one needs to find the possible reasons for spotting during pregnancy. 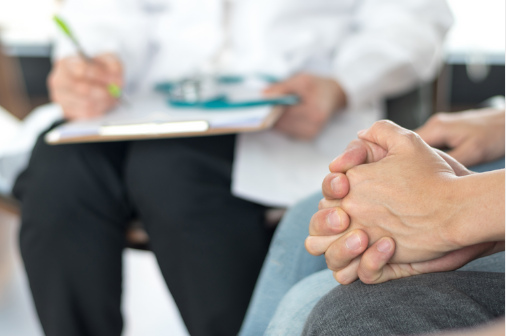 Spotting or light bleeding in the initial stages of pregnancy can be considered to be normal if it lasts only for a day or two. Nearly 20% of women would experience spotting in the first trimester. However, they would have a healthy pregnancy and a healthy baby. 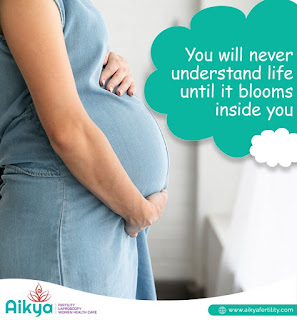 Be it at any time when a woman bleeds during her pregnancy; it is better to consult the doctor on time. At Aikya Speciality Clinic,the doctor helps to identify the cause of spotting during the first trimester and provides the necessary support and care.

How to prepare yourself before IVF?

Undergoing an IVF can be stressful enough, fear, excitement and several other emotions all bundled into one nervous human being. However, there are numerous things that you need to have on your checklist while going into an IVF. We’ve listed some of them out here in a simple and orderly fashion so that you can take it easy. 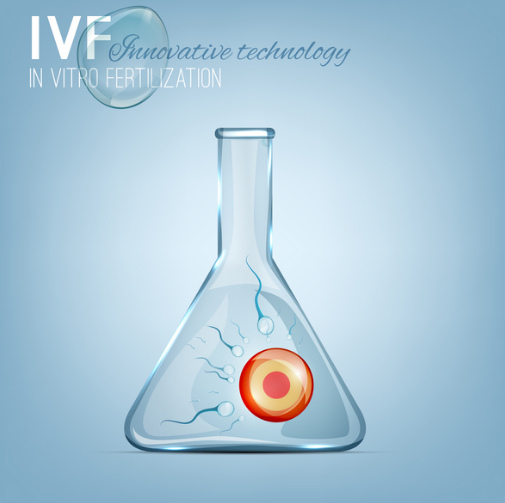 This should come as a no-brainer, Smoking is bad for you so please stay away from it always and especially when you are about to go in for an IVF. While you are at it, remember not to smoke when you are pregnant, why don’t you quit all together, that should be easier.

There must be lots of vitamins that your doctor has recommended you should take. These are absolutely crucial to your health and the efficacy of the IVF treatment. Your body is delicate and needs to be prepared for this procedure.

Foods which are themselves gametes or nourish the gametes of organisms are considered to be excellent fertility enhancing foods. These include royal jelly, eggs, fish roe, caviar, seeds etc.

Breathing is important and it strengthens your tissues via the supply of oxygen. Before an IVF make sure that you are performing breathing exercises, this will ensure that your tissues are better equipped to take on the challenges posed by an IVF.


In conclusion, an IVF is a delicate process and your body is sensitive to this procedure, you need to prepare your body well, before undertaking such a procedure. If you haven’t been successful with IVF until now, there could be several external factors that are affecting the efficacy of your treatment which could be fixed. If you or anyone you know is having issues with fertility or has repeatedly failed at IVF, reach out to us and we’ll see if we can help.

Can uterus be removed laparoscopically

Having the uterus removed sounds extremely scary; however there are certain conditions that necessitate such an operation. Some of them are 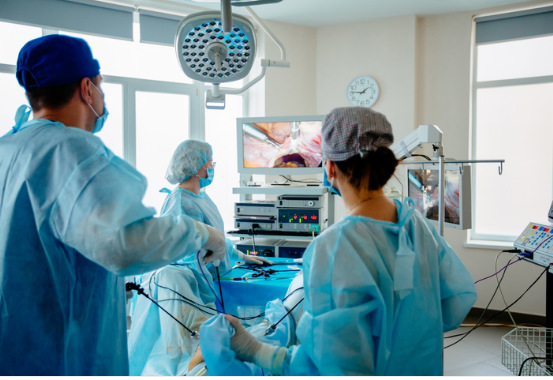 If your health care professional has recommended this, then you need to now prepare yourself for this surgical procedure. Laparoscopic procedures are known to provide faster recovery, less post operative pain due to smaller incisions, less blood loss. 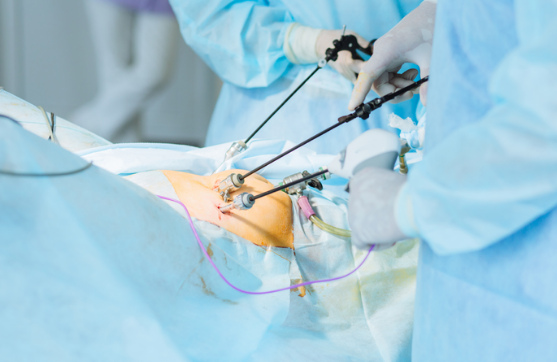 If you or anyone you know is in need of this procedure, reach out to us.

What are the basic tests required on confirmation of pregnancy? 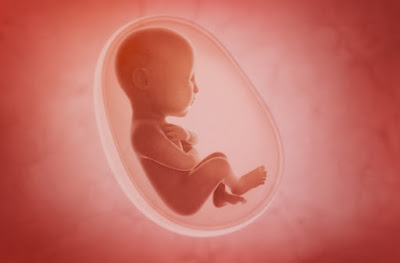 Once you visit the clinic for your first prenatal tests, the doctor will ask you to undergo a few blood tests.

Outline of all tests that need to be done and  are offered by Aikya Speciality Clinic
As part of your first prenatal test, a blood test will be conducted to find out your blood group.

During pregnancy, a woman may develop anemia. Having anemia means you don\'t have enough red blood cells. A hemoglobin test is conducted to check level of hemoglobin and to give supplements accordingly.
Blood tests are also conducted to check for certain infections that might affect you during pregnancy period and might even pass on to the child. You will be tested for HIV, syphilis, Hepatitis B, Hepatitis C.
Lastly, you will be asked to go through a fasting blood sugar test and a thyroid test to check the TSH and glucose levels. Thyroid hormones are necessary for development of nervous system of the fetus and hence low levels of these hormones require early supplementation. 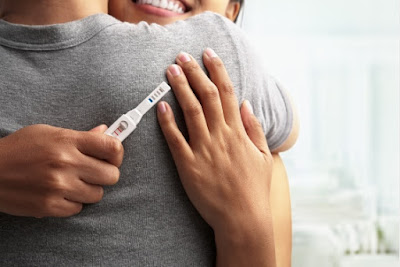 Aikya
Aikya Specialty Centre , is committed to providing advanced medical care in the area of infertility . We have been providing innovative and efficient infertility treatment services to our patients with a high rate of success. Click here to know more:aikyafertility.com/about-us/why-aikya